The Falcon 900 and 7x are the only corporate jets with more than two engines in production. There have been 260 of these fine aircraft produced.  It has a great range for a mid-size corporate jet. In fact because of its range some people tend to compare it with larger aircraft. The Falcon 900 sports three of the very popular Honeywell TFE731 engines which are known for their economical operation. There are three aircraft in the series DX, EX and LX sounds like a Honda.

IAS comments: The Falcon 900 is an excellent choice for those whose few whose flight profile requires the additional performance of a third engine. The third engine offers better second segment climb and drift down performance. Most perspective owners will not understand these terms however those of us in the industry do. To say that a three engine airplane in general is safer than a two engine is false. One could say that you have more of a chance of an engine failure with a 3 engine airplane than a two engine airplane. There is an additional operating cost associated with the third engine. I can whole heartily recommend the Falcon 900 to the few client’s whose flight profile requires it however they a very few and in many cases a two engine aircraft will better suit your needs. 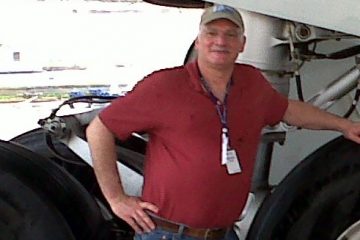 We at Integral Aviation Solutions are pleased to announce that our friend and team member Michael Bonventre has been appointed by the FAA as an International  DAR-T.

Bombardier proudly announced it’s new Global series aircraft the Global 8000 and 7000 at this years NBAA (National Business Aircraft Association) convention. I was a little disappointed to learn that rather than a clean sheet Read more…